Today we had a busy day on farm. We’ve finished calving and we have mating starting next week so some important things to do including our big picture strategy session, calving review and mating/ bull training. Firstly if you have just finished calving then its a great time to do a review of how the calving period went with your team while its fresh in everyone’s minds.

We did that today with our team. We asked everyone to think about and write down “what went well this season” and “what we could improve for next season”. We had made some significant changes to how we ran calving this year in our process and standard roles and we wanted to see if these changes were felt positively by the team. It was one of the best calving season’s the team has had, partly due to incredible winter weather but also our systems made it much more efficient and controlled.

Fortunately the power of data if you collect it well, is that you can compare almost any metric or data season on season and see if there has been an improvement. Today we compared all our calving metrics for this season to last season to understand if our changes had any impact. Our calving results, animal health metrics, and quality and production metrics have all improved. We had also made changes to the team structure and had two less people this season while still working a 5:2 roster all calving. This meant it was important to see if there was an impact on work hours. We were able to compare work hours week by week to last season and discovered that they were reasonably similar to last year despite having 2 less full-time resources.

The good thing was that we had made a lot of positive changes this year that have worked and the team want to see continue next season. We have also identified some improvements we can make to further refine the process, and improve efficiency and workload during calving. We will review these again prior to next years calving so that we can build them into the calving system for next season. #leanfarm #results #worksmarternotharder #theleanfarmproject #continuousimprovement 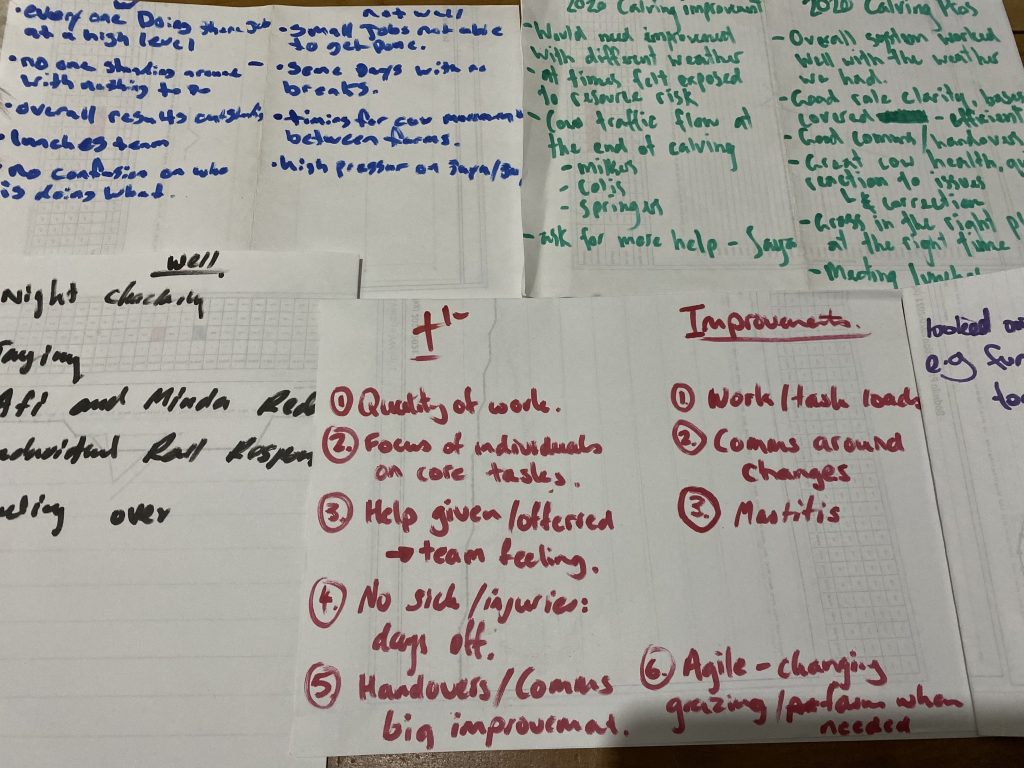 Prices are in $NZ.

Back to main categories